This painting depicts the ancient goddess “Ellen of the Old Ways”.She is the guardian of the ley lines and the dream ways and was closely tied to the faery folk.She is the only horned goddess in existence and wears the antlers of the female Reindeer.
She offers you the universal key to whichever door awaits you.She stands beneath the etherial rainbow,the bridge to multiple realms.
On the right side of the painting a lyrebird and a spotted quoll are depicted, both of which are native to Australia.The lyrebird is known for not having a call of its own.No one knows what sound its makes because it only mocks the sounds of other animals.The lyrebird represents those who have not found their own call,but Ellen of the ways is there to assist.The words written on the scroll in ancient runic read “YOU ARE THE HOLDER OF YOUR DESTINY LOOK WITHIN “which is the key message i wished to relay for this painting.
The left hand side of the painting features a fox and a hare ,two woodland creatures that have always intrigued and inspired me.The fox is a shapeshifting animal that moves in and out of other realms.
An owl holding a key,red a white spotted mushrooms “Amanita Muscaria” and a gypsy caravan are also included,the owl serves as a messenger between the worlds,The mushrooms are sacred to me since a little girl and the reindeer are known to feed on them as well as scandinavian shamans used them for many different purposes.
This artwork is all about abundance and inviting people to find out who they truly are.The word tarot translates to “the royal road to wisdom ” and this painting is all about staying on that road until you reach your destiny .

Goddesses have been a fascination of mine from an early age. I worship the Goddess through my art, and love to invoke her in every painting I do. The Goddess gallery contains solo work, as well as illustrations I did for the book “Birthing with the Goddess” by Jane Hardwicke Collings.

Akka is an Earth Mother Goddess who rules over fertility and nature. 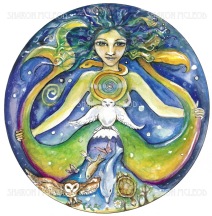 In Norse mythology, Freya is a goddess of love and fertility, and the most beautiful and propitious of the goddesses. She is the patron goddess of crops and birth, the symbol of sensuality and was called upon in matters of love. She loves music, spring and flowers, and is particularly fond of the fairies. 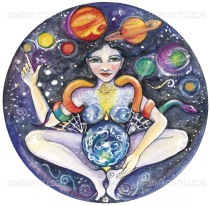 Gaia is the ancient greek goddess of the earth. She was the mother of all, and was said to have given birth to the universe. 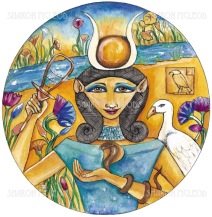 Hathor was the Ancient Egyptian goddess who personified the principles of joy, feminine love, and motherhood. She was one of the most loved and admired goddesses in Egypt. 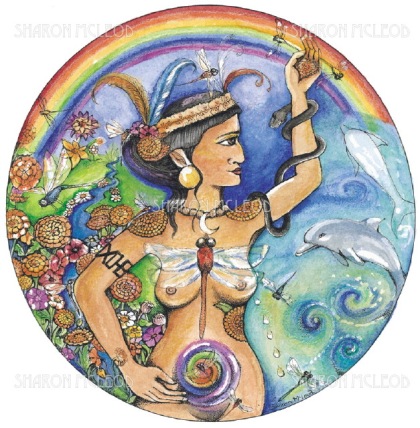 Ixchel was the goddess of the jaguar, midwivery, and medicine in ancient Mayan culture.

Kuan Yin, the Goddess of Mercy and Compassion, is a manifestation of the Divine Mother and serves mankind in much the same way as Mother Mary.

Kunapipi is a mother goddess in Australian Aboriginal culture. It is believed she gave birth to most human beings and plants and animals. 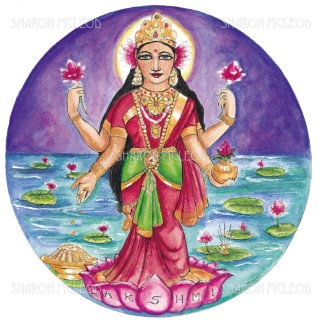 Lakshmi is the hindu goddess of wealth, prosperity, and is believed to be the embodiment of beauty.

Maat is the ancient Egyptian goddess of truth, law, justice, and morality. It is said she is the one who weighs our hearts against a feather when we die, to judge how kind we have been during our lives.

Pukeenagak was the inuit birthing goddess. She embodied the spirit of the inuit women, and helped them give birth, mend and make clothes, and keep their children healthy and safe.

Yemaya is known for being the divine mother of the oceans and seas.

Anat or Anath is a warrior Goddess, the maiden who loves battle, the virgin Goddess of sacrifice, a warrior and archer.

Artemis is the Ancient Greek Goddess of the wilderness, the hunt and wild animals, and fertility .

Brigid is the ancient Celtic goddess of fire, often associated with healing, poetry, and known for helping women through childbirth.

Aphrodite rose from the sea to become the Goddess of love and beauty. She is known for her captivating looks and eternal youth. She was also connected to the process of rebirth among nature and humans.

Athena is the Greek virgin goddess of reason, wisdom, arts and literature. 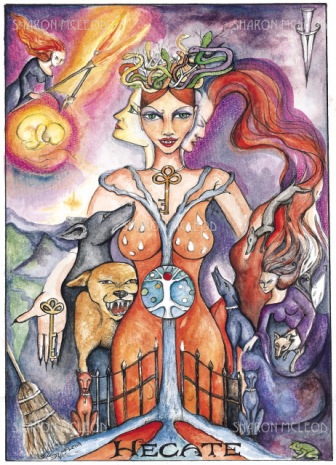